Tran Van Hoa impressed the admission boards at different American Universities when he wrote about the penny in his application essay. Hao’s first name, is an archaic word for a Penny in Vietnamese and he cleverly connected the penny and its many attributes to his name, his personality and his maturity.

Tran Van Hao is currently a 12th grader at Vinschool high school. A lot of students became aware of him when he “reformed” some of the knowledge in the text books. According to this millennial, subjects in school are sometimes boring for students. That fact was enough to motivate him to undertake some “reforms” of his own. His most famous “reform” was the way that class notes were taken.

“Usually, my teachers would take notes from top to bottom, from left to right, and by the headings in the text books. But I learned another note-taking method called “Cornell Notes”, Hao said.

Cornell Notes is a note-taking method developed in the 1950s by Professor Walter Pauk of Cornell University (an American Ivy League school). To take notes using this method, the sheet of paper is divided into 4 sections: heading/title (on the top), main ideas or main topic/questions (on the left), answers and notes (on the right), summary (on the bottom). For each lesson, there will be two or three main questions. Hao will record these on the left side. Throughout the lesson, the teacher will focus on answering these questions, and the young man will record the answers on the right next to the questions. 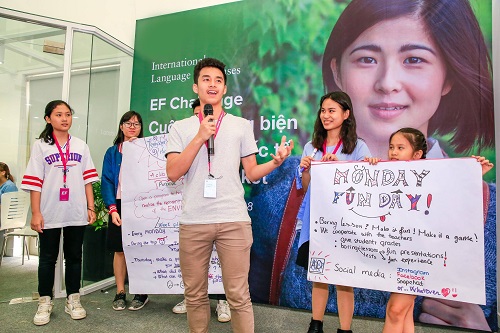 In terms of efficiency in note-taking, Hao shared, the traditional method did not allow him to know what the knowledge would be used for, and the relationship between them. When switching to “Cornell Notes”, Hao understood nearly completely the lesson in class simply by focusing on the topic questions and the process of answering them. Not only that, using this note-taking method also adds layers of information, shows the connection between notes, and helps students to remember things more clearly and scientifically.

The idea for the essay came while playing soccer

Going back to his unique admission essay, Tran Van Hao shared, that it occurred to him one day while he was playing soccer. Watching the ball roll, he thought of writing about something that was round and always on the move, and what’s more, that is closely related to himself. Thus, Hao came up with the idea of the penny, and the special connection that it has with his name in Vietnamese, and by extension, his personality and personal maturity, and then how to make better use of the penny from an economic point of view.

Hao recounted: “I opened the essay by thinking to myself about why friends had made fun of my name. They didn’t call me USDs or Euros, but “pennies” (Hao). Afterwards, I made the connection between the historical depreciation of the former currency and how the Vietnamese economy had stopped circulation of the currency. Pennies and coins in general are round, and symbolize constant motion. I took the idea and developed it in to the main idea of the essay, concluding that people should live according to their values, constantly in motion, evolving, instead of staying in one place and losing their value, like the penny does – Hao shared.

He concluded by confirming that he wished to be an “active” penny that will serve the public well and hopes one day to contribute to the development of his hometown. This young millennial said that throughout his preparation process, the hardest things were preparing for the SAT, TOEFL, and writing his personal essay.
“The whole process, from selecting the topic, to writing, and editing the drafts to reach a final draft that I felt was best took me 4 months” he said. Although he began preparing for the standardized tests rather late, at beginning of 12th grade, Hao was overjoyed to receive results beyond his expectations, scoring 107 on the TOEFL and 1440 on the SAT.

Use personal progress to measure maturity

Admitting that he is an outgoing person, who likes to engage with people and is happy to contribute to creating better values in life, Hao still takes active part in extracurricular activities every day. He used to be a business collaborator for a company specializing in design and production of t-shirts for students and companies in Viet Nam. He was a member of and student ambassador for HVIET – a week-long liberal arts summer program for high school students in Vietnam created by Harvard students. Hao is also the founder of “Youth survival skills” – a facebook page teaching survival skills to young people.

Van Hao is interested in creating a positive impact on the community with the smallest of actions. He took part in and reached the final round of the English speaking competition EF Challenge 2018 with the question: “What does sustainable development mean to you?”. He also won the Most Outstanding report award at the Business Analysis competition held by the Australian National University in 2018. Hao believes that in order to become a well-rounded person, he must have a sound body and mind, and thus invests his time in sports.

Van Hao said: “I’ve been playing soccer since the 2nd grade, and during my 3 years in high school, I was always on the soccer team. I was introduced to swimming at the beginning of the 8th grade and took to it immediately because it helped me develop flexibility and stamina. These two sports are perfect for me to stay in shape”.

Ever since he was little, Hao’s father surrounded him with many books and he has always loved reading. He reads all sorts of books but is drawn to those related to economics and business. “The flow of money, opportunity costs and interest rates are phrases that appear more and more in the books that I love to read. There are numerous real-life applications for each of them. It really motivates me to learn and research more, so I decided to follow this course of study when I’m overseas”, Hao shared.

Mr. Nguyen Duc Giang (Hao’s homeroom teacher) shared: “When you talk about Hao, the thing that stands out most is his diligence, time management abilities and perseverance to pursue personal goals. What’s more, he is particularly careful, taking clear, concise notes, with very beautiful handwriting. Hao is also a happy boy, who is friendly, enthusiastic, and always proactive. He is loved by friends and teachers alike.”

Equipped with an active, well-rounded portfolio, he developed his application to be highly personal, with a profound essay. Tran Van Hao has doggedly pursued his dream until he achieved his goal of entering college in the US. 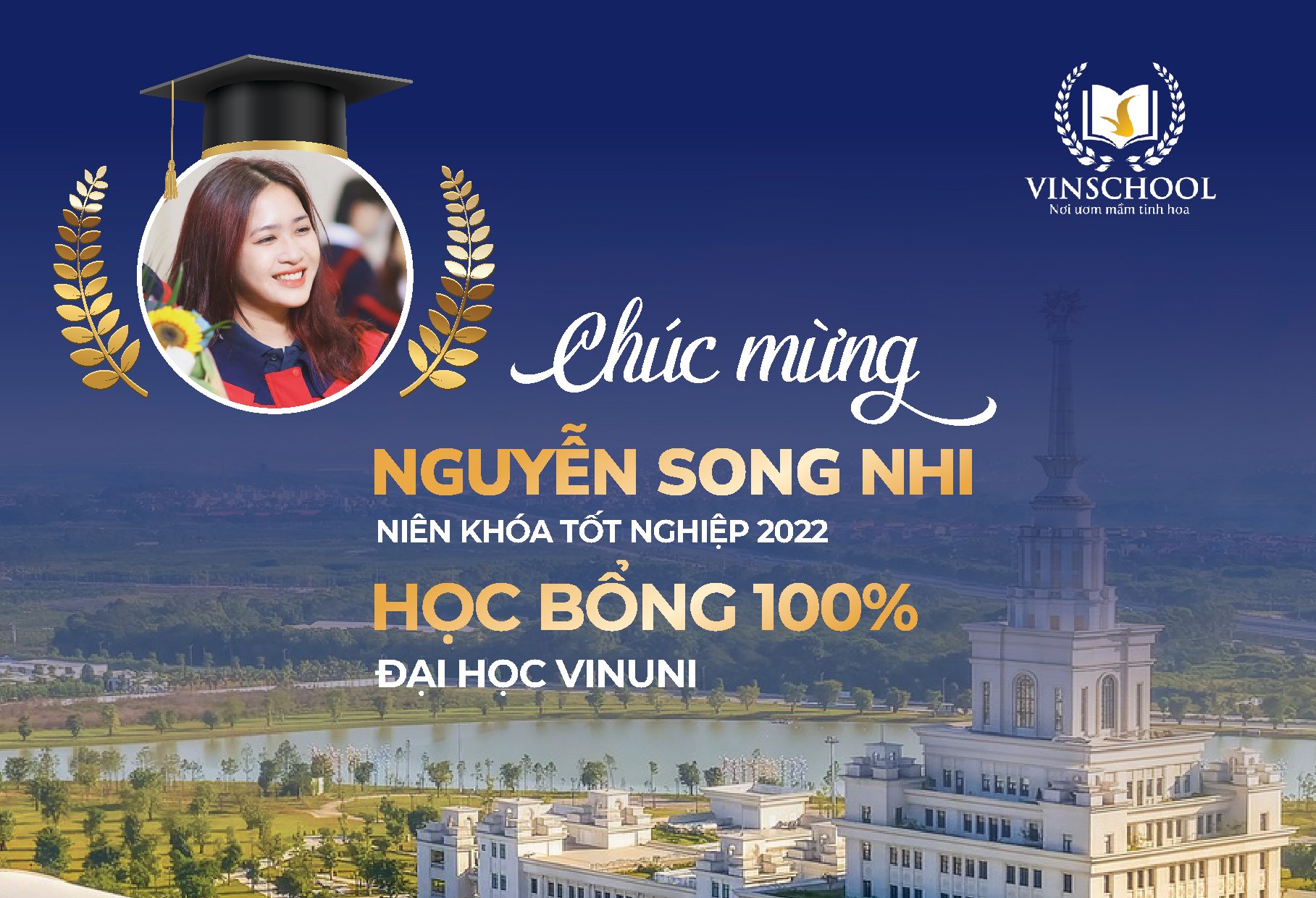 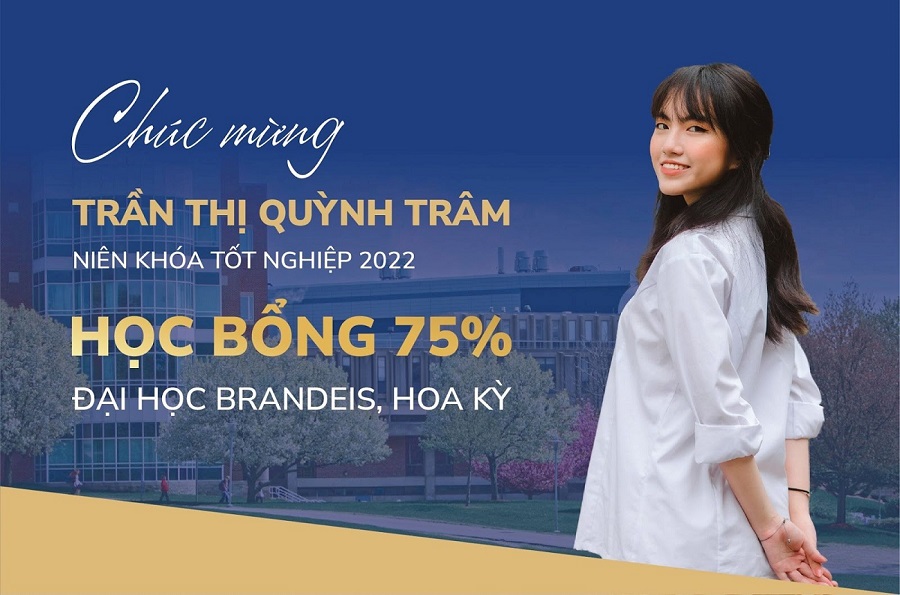