MOU Signing Ceremony between Vinschool and University of Manchester, UK

The Vinschool Education System has recently signed a Memorandum of Understanding (MoU) in education with the University of Manchester, UK, opening up new academic and development programs, along with exchange and internship opportunities for students from both sides. Accordingly, the two parties discussed the opportunities for Vinsers to pursue further studies at the University of Manchester through its Bachelor’s programs. The MoU signing aims to share initiatives, workshops and lectures, and to build a network that facilitates bilateral cooperation. Teachers and students of the two educational establishments will have a chance to visit each other’s campuses and enroll in exchange or internship programs in the time to come. Prof. Paul Townsend, Associate Dean of the Faculty of Biology, Medicine and Health, University of Manchester, was giving Vinsers an introduction of his school. 12th graders from Vinschool Times City High school were totally absorbed in the introduction of the University of Manchester and raised many questions.

The signing ceremony was attended by the Deputy Ambassador of the UK to Vietnam H.E. Step Lysaght. Speaking at the event, he highly appreciated the fact that the two parties were greatly open to bilateral cooperation and expected that this would be a stepping stone for Vinschool to build an extensive network with international partners and bring its students wonderful opportunities for development, thereby making a contribution to a brighter future of Vietnam.

Ms. Phan Ha Thuy, CEO of the Vinschool Education System, said it was Vinschool’s honor to reach a Cooperation Agreement with the University of Manchester. With a great sense of pride, she shared that this was the 3rd consecutive year Vinschool had offered the Cambridge program and that Vinschool was the only school in Vietnam to integrate the Cambridge program into its official curriculum. Through this Cooperation Agreement, she expected to see more development opportunities and higher education scholarships for Vinsers. Representatives of the Vinschool’s Board of Directors, the Embassy of the UK in Vietnam, and the University of Manchester took a photo with grade-12 Vinsers.

Within the framework of the signing ceremony, representatives from the Embassy of the UK in Vietnam and the University of Manchester toured the campus of Vinschool Times City High school with Vinsers as their guides. With their English proficiency, self-confidence and proactiveness, Vinsers really impressed the foreign guests. “Vinschool puts much emphasis on upgrading its facilities and building an inspiring learning environment for students. I highly appreciate the fact that the school has its self-study rooms and encourages students to develop self-study habits. That’s very important and very few schools can do so”, shared Prof. Paul Townsend. 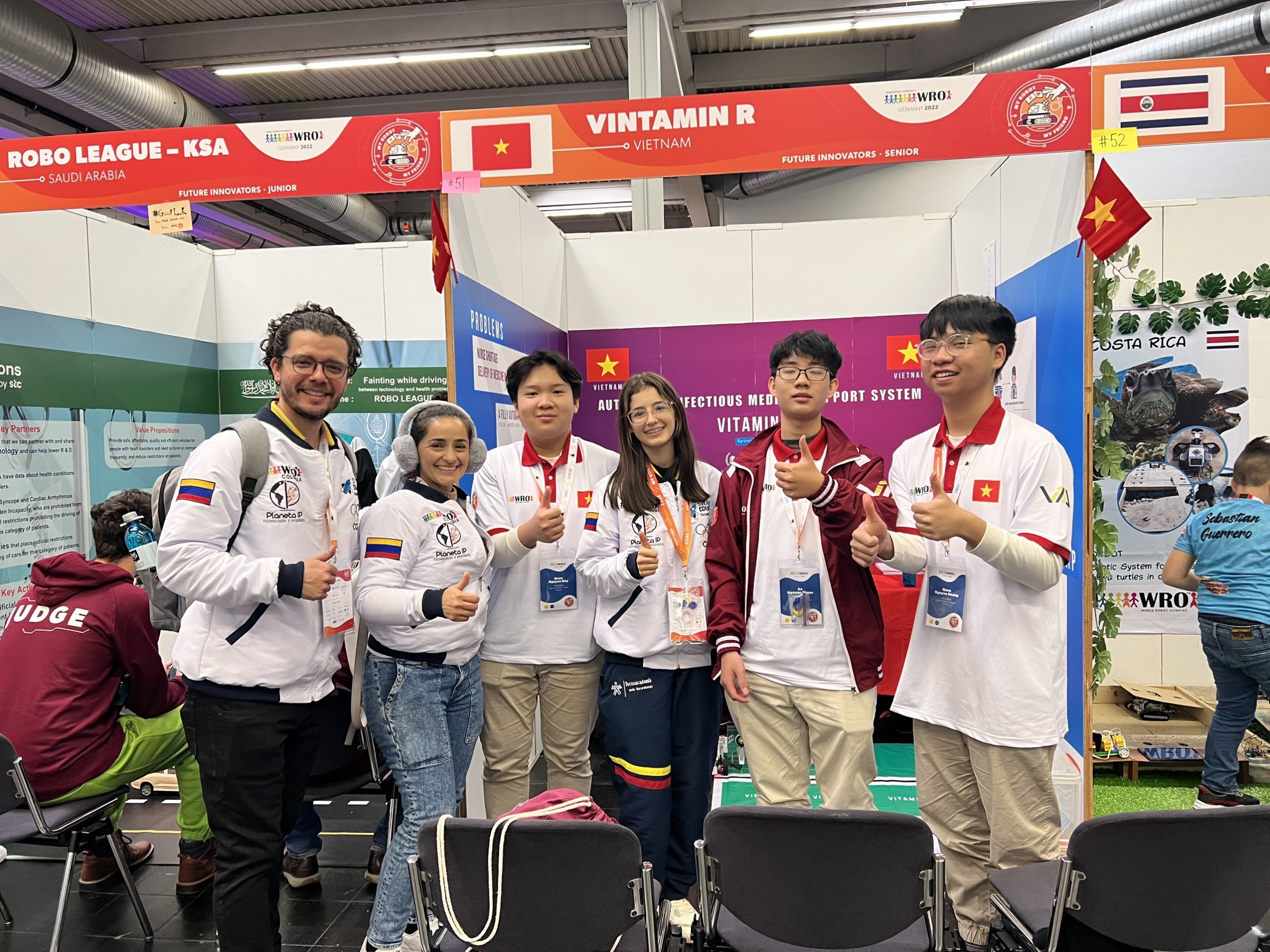