Impressive music show, “Music Without Borders” of Vietnamese students and an American Choir

On the evening of Jan. 15th, the Vinschool One Choir of Central Park had an impressive performance with American Juniata Choir at the “Music without borders” show. The show had brought an artistic music space to Ho Chi Minh City audiences. It also created a music space where two cultures, Vietnamese and American, were merged through stories told by music. 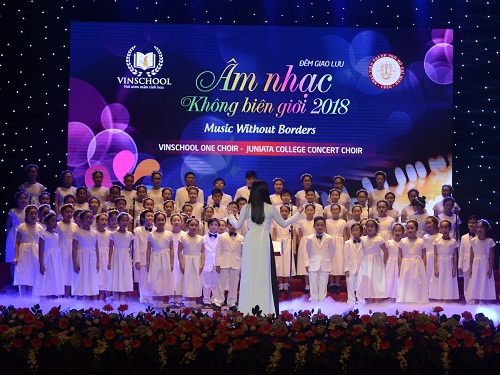 The “Music without borders” show is a part of the Vinschool’ sannual art activities. Following the success of the three seasons of “Music without borders” held in Hanoi, this was the first time when the show was held in Ho Chi Minh City with the participation of Vinschool One Choir (including students of Vinschool Central Park), Juniata College Concert Choir (JCCC) from Juniata University, Pennsylvania, United States, and  Music Choir of Ho Chi Minh City Conservatoire. 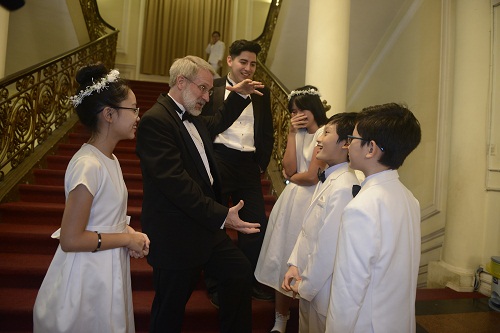 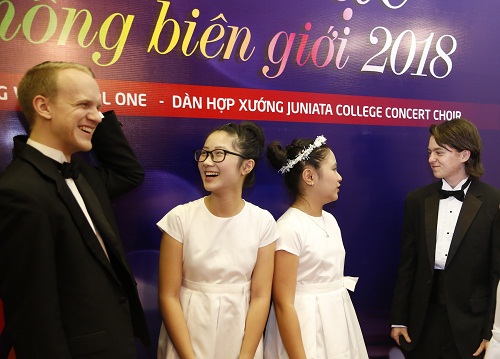 With the purpose to create opportunities for students to exchange, to learn more about cultures, and to share their music, over the last few years, Vinschool has organized meaningful exchange programs with many world-leading professional choirs. Before performing at the Ho Chi Minh City Theater, the members of the American Choir had a memorable “homestay” experience at Vinschool students’ homes. 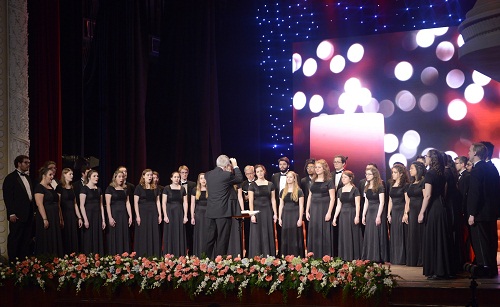 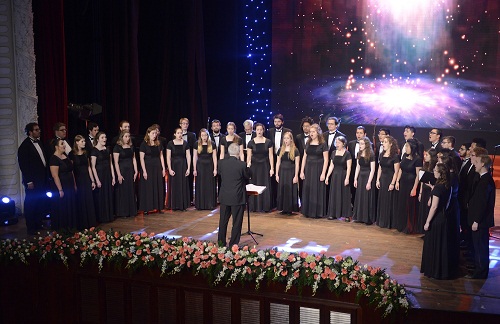 On the night of the show, the American Juniata Choir brought the audience many different emotions. The 1st part included songs composed from the 15th to the 20th centuries and performed beautifully by well-trained vocals. In the second part, Juniata led the audiences through an adventure of contemporary and improvisational music. In addition, the folk songs of such countries as Brazil, Vietnam, America, and South America were performed very emotionally by Juniata. To the surprise of many audience members,the song “Bèo dạt mây trôi” in Vietnamese was performed by the Juniata Choir. 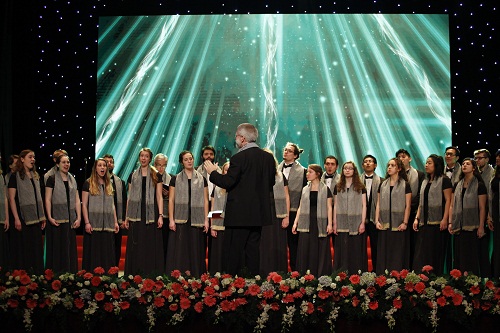 “Trống cơm”, “Let it go” and “Dreamer” were the three songs that Vinschool One chose to perform in the show. The familiar folk tune of the song “Trống cơm” had been “refreshed” by Vinschool One with a unique style of acapella mixed with a little playfulness. The show conveyed the simple and deep message of love for the motherland and the traditional values that Vinschool always values and promotes. 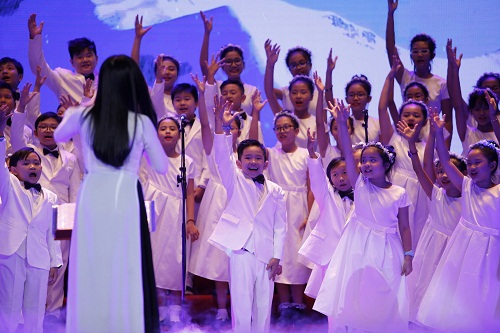 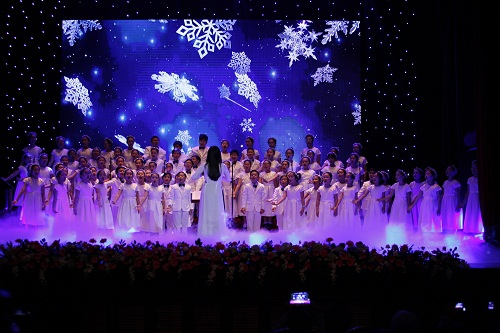 Vinschool One Central Park continued to bring two English songs “Dreamer” and “Let it go” to the audience. With a lyrical melody, “Dreamer” helped the audience to feel the light of the dream, while “Let it go” was emotionally expressed through impressive vocals. 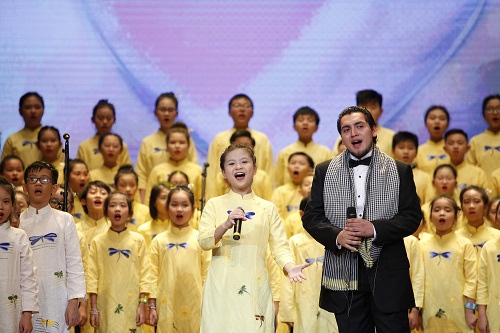 Especially the two choirs together had a wonderful performance with the song “Look at the world” and “Trái tim âm nhạc”. The songs praised the peaceful world where music connects people of all gaps, ages, languages, and it closed the colorful night with a lot of vehement emotions and deep feelings.

“The program has brought Vinschool students an opportunity to understand the value of life, musical aesthetics, and vocal skills,” said Ms. Dang Chau Anh, Artistic Director of Vinschool Education. “Music can shorten the gaps of religion, race, and nationality. Music is a wonderful bridge bringing love and connections among different people”. 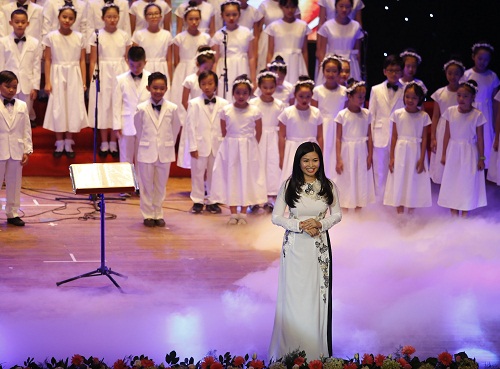 Performing on stage of the City Theater with international friends was a very special experience for the students to understand that discipline, synergy, solidarity, and musical aesthetics can create the sublimation and success in life. 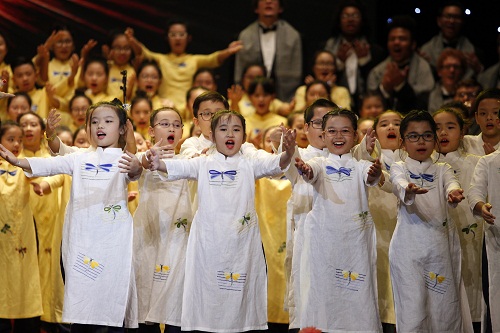 The art of choral music has been put into extensive teaching for students, creating a distinctive feature of the Artistic Program at Vinschool. Vinschoolis also one of few schools in Vietnam which seriously integrate the Arts program into regular classes with the desire to help students feel the art, nourish their soul, enhance their learning efficiency and develop comprehensively.

Especially, through the arts, students are educated on national pride and traditional cultural values. Students are also provided with opportunities to interact with international friends and gain access to the academic world-class music. The Vinschool One Choir is also the first Vietnamese high school choir to have ever participated in and won many awards in the International Choir Competition. 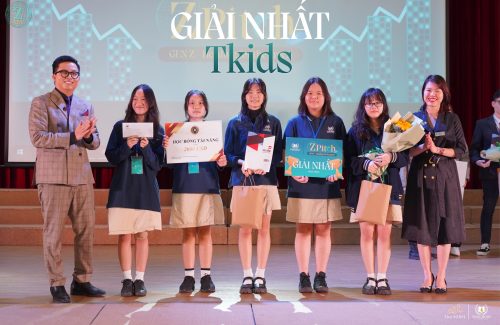 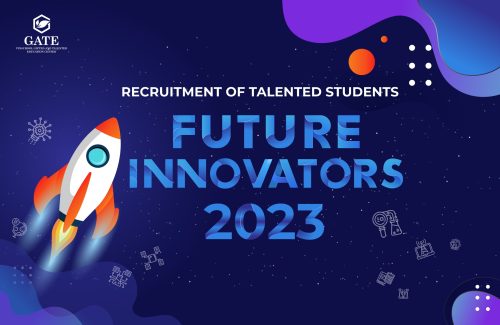