The Guinness World Record Organization has given the certificate of “The largest number of students reading books at the same time in Vietnam” to 10,000 students and teachers of the Vinschool Education System. This was a highlight at the Vinschool Book Fair 2015 which took place on November 14th and 15th at Vinschool Inter-level School at Times City, Hanoi.

The book chosen for 10,000 people to read at the Vinschool Book Fair 2015 and set the Guinness record of “The largest number of students reading books at the same time in Vietnam” was The Giving Tree. This book is about family bonds and was first published in 1964 and has been translated into more than 30 languages in the world. In 2013, The Giving Tree ranked third on the list of The best children’s books of the Goodreads community and currently ranks 24th in 100 most loved children’s books of all times. 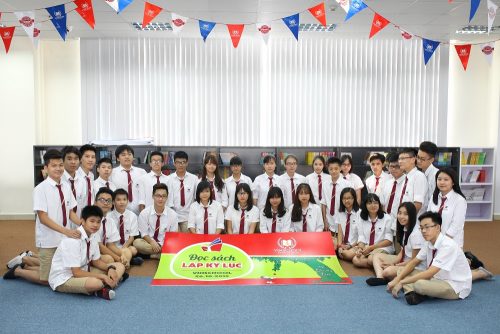 10,000 people read “The Giving Tree” at the Vinschool Book Fair 2015 and set the Guinness record of “The largest number of students reading books at the same time in Vietnam”

The fact that Vinschool chose The Giving Tree for 10,000 people to read at the same time, feel it and share their thoughts with each other was very meaningful because it helped awaken the beautiful sentiments in each student and spread good values to the community.

“The tree is like our parent, satisfying all our needs. However, the boy is like us, he only comes to his parents when he needs something from them. The story is the symbol of parents’ unconditional love for their children and reminds us not to forget to express our love for our parents”, said a student at Vinschool Inter-level School after taking part in this activity.

This activity also received great support from students’ parents. Ms. Tran Thu Phuong who has a first-grade child studying at Vinschool was deeply touched, saying “This morning, my daughter told me about The Giving Tree. Though I had watched and listened to it before, I still felt so touched when hearing it from her. I would like to thank all the teachers for giving her the knowledge and teaching her about human sentiments”. 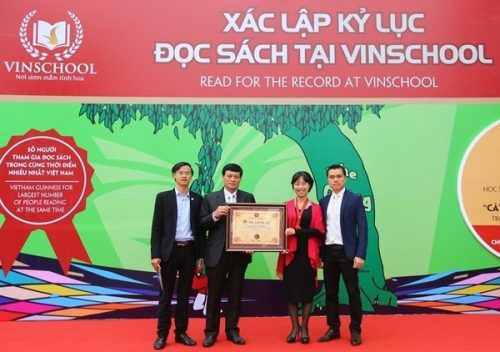 Apart from the Guinness Record event, there were many other attractive activities at the Vinschool Book Fair 2015. Some examples are the cosplay of book characters in the Book Flow parade activity, the Incarnating with Books drama acting contest, the discussion with poet Tran Dang Khoa about How to make children love books, Vinschool’s teachers’ Introduction of good books on education methods session, the Spelling Bee contest for primary students who love English and the secondary and high school students’ Eloquence Contest.

Besides, at the Vinschool Book Fair 2015, there were also many meaningful social activities that attracted both students and parents such as Collecting money to create, The Giving Bookcase for underprivileged students at Chieng Son School in Son La, or Discussing with Ms. Tran Mai Anh, mother of “the brave tin soldier” Thien Nhan, about the topic of “motivating your children and inclining them to the good”. 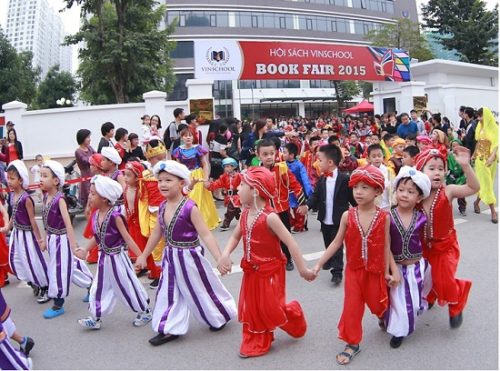 The cosplay of book characters in the Book Flow parade activity 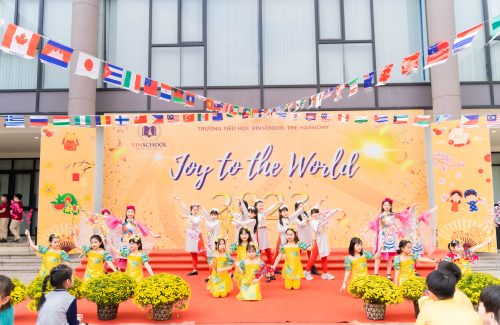 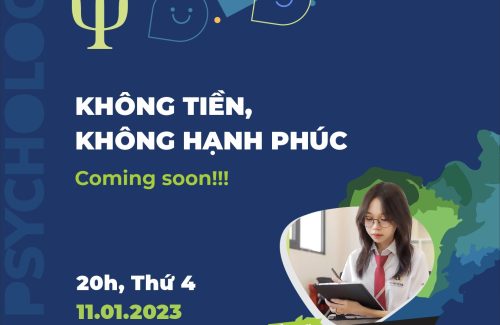